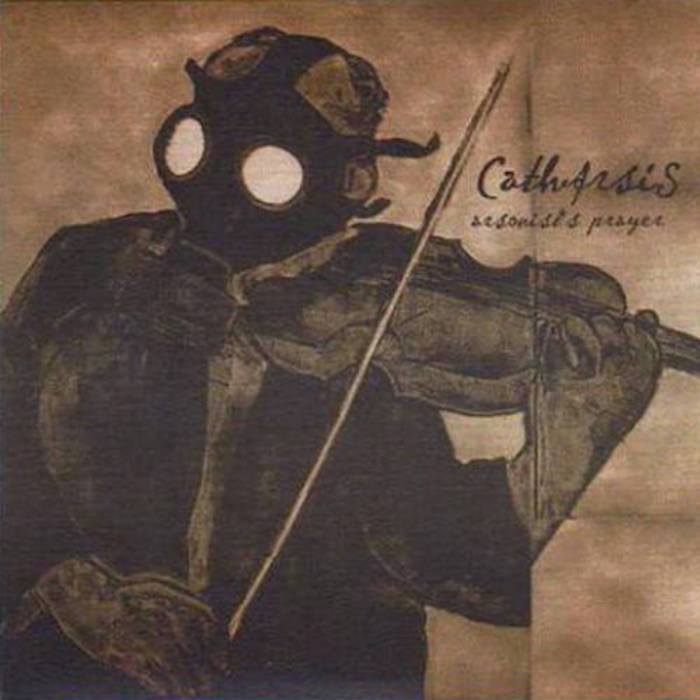 A two hour (!) version of this song is available at soundcloud.com/lightfromadeadstar/arsonists-prayer-2-hour-version

That the desire—which still lives—to contest, a mark of shame upon certain foreheads,
Will remain an offering unto the dead: illegible, irrelevant
And we will be shaped into priestly statues in poses of defiance before our own masters
To softly, safely sing the praises of a disarmed war, a lukewarm love
So lest we fall out of lust for life, let us risk all we have to risk
For only a fool—only a fool—would cling to this world as it is

If I could strike one blow to spite their force, though I might bear one hundred more,
I would wear the welts like rubies, and the shackles for a crown
And if I had one hundred hearts I would throw them all before their bullets
Before I’d sell a single one to wield their power
So lest we fall out of love with life, let us give all we have to give
For only a fool would cling to this world:

Autumn—the leaves fell,
Then the trees
Became fences and factories
Now winter is coming
Let’s put the heat on

. . . but no fire or ice, their absences suffice.
The nights now will be long and cold, with a silence like you’ve never known
And you’ll shake in it, cry out at it, but it will wrap you in its spider’s thread
Perhaps you’ll stare into that blankness until it peers back into you
And both of you see nothing—and it will wrap you in its spider’s thread:
That blessed are the wombs that are barren
Blessed are the branches that bear no fruit
Blessed are the rivers run dry
For we have come to the end of the world
To die

So die—die and become—perish, let go and be done
With all the tangled threads that keep you tied to husks of false hopes, fossilized
If these years still wait for those who will be more merciless than history
To burn the chaff and make an end, to make the fields fertile once again
Then break—break the skin
Open—open, and reach in
And draw the nerves out taut to play a song upon those tight strings
Such as this world has never heard
Let it be dirge, hymn, or dance, vomit or tears, absolving snowfall or acid rain
Summer that sets fire to the harvest, or ice age that, thawing, blossoms crimson pain
Pleasure or death, splendor or rust, flash flood or drought that turns jungles to crust
Those tender caresses for which the skin aches
Or tear gas to breathe and plate glass to break
The uproar of riot, the hush of nightfall, or sirens announcing the doom of us all
The triumph of failures who fought at all costs, or despair of derelict dreamers who lost
Silence and space—hungers to be—momentary eternities
The furrows of ash left by passion and wrath
The faithless fixed stars over our wandering paths
As the moon moves the sea, we could move these mountains
As comets drop to earth, so might empires end
As old suns explode rather than fall to dust
Let us steal fire and pay with our lives if we must
For if all this world is God’s, and man a mere plaything of laws and things
Then why not raze it all, and in destroying at least set sail on borrowed wings?
Anything other than what we have known
Strike the match, take a breath now—the hour has come
To dance the resistance, teach tied tongues to sing:
This is the end of the calendar, the Last Loosening!
Around and inside you, the violence you fear—for or against it, it’s already here
It forged the cord that bound you to the ground—it built these walls
LET’S BURN THEM DOWN

On-site audio recorded April 21, 2001 in Quebec City, Canada by C.W.C. agent C.K. during the people’s resistance to the “Free” Trade Area of the Americas summit. Piano recorded May 30, 2001 at the Soundlab studio in Greensboro, North Carolina. Additional instruments recorded June 3-10, 2001, at Mars studio, by Bill Korecky. Mastered June 13, 2001 at the Kitchen in Chapel Hill, North Carolina.

This is a blessing, a sanctification of every extreme human beings have gone to to stay alive inside, to push back on the world that presses down so hard. Not to suggest that the young woman who burns down a posh resort acts more nobly than the one who spends her years in libraries—but nor is she any less noble, so long as she acts to nurture what is beautiful within herself and find common cause with others. We’re not in the least afraid of ruins, nor of making them, living, as we do, in them—as they do within us. Until we have cleared these away—as the woman who burns down the resort does—so the seeds in the soil beneath can germinate again, uproar can be our only music.

We lose everything, you know, piece by piece or all at once. If I am to lose this voice I treasure so much, better I lose it in song. If our wrists are to bear scars—as far too many of them already do—let them be from the handcuffs we wear in wars against everything that is senseless and destructive. Dreams hold each other’s hands and form a chain out into the darkness, brush up against secret futures, longed-for solutions and resolutions, points of departure for journeys to other lands. The nihilism of our contemporaries could be the dryness in the brush before a prairie fire, and this the antechamber of upheaval and rebirth. Action, simple action, anything to see if those fires can indeed be ignited, is holy if anything is. Come with us into the new world.

With our lives in our hands and weapons if need be—Catharsis, CrimethInc. Ex-Workers’ Collective

Bandcamp Daily  your guide to the world of Bandcamp