Live in the Land of the Dead 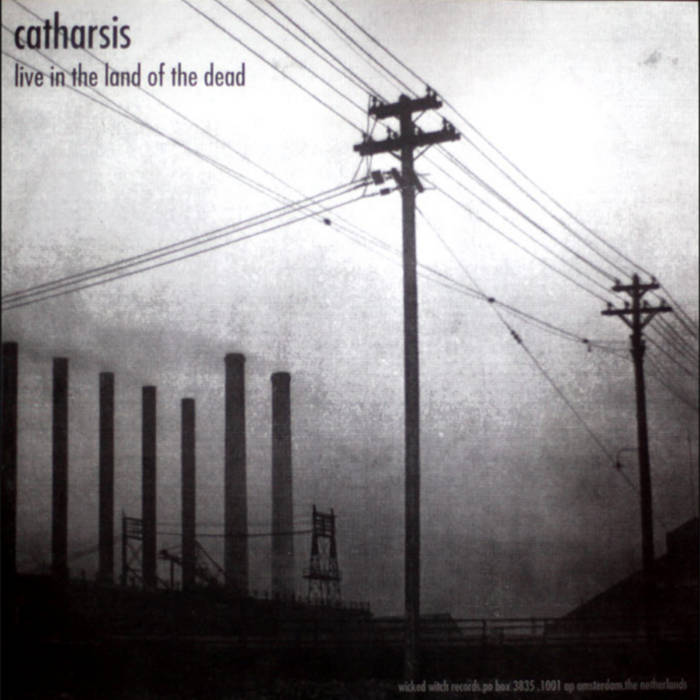 From the final session before the Samsara recording. Recorded on 8 tracks by Kevin “Patches” Davis (on Palm Sunday, 1997, under a full moon, during a lunar eclipse) at Studio V in the remotest forests of wild North Carolina.
Originally released as a split 12” with the universally feared and hated Gehenna, by Wicked Witch records (P.O. Box 3835, 1001 AP Amsterdam, the Netherlands)... now long out of press.

(a bit of doggerel about love, sex, and betrayal--
for everyone we have betrayed, or will betray,
in the quest to never betray ourselves)

WHAT THE THUNDER SAID.
(a love song to freedom--nothing is true, everything is permitted)

when the mouth of hell opens up before me, come suffering,
wash me of my impurities, teach me what it is to want More
everywhere I turn, the despisers of the body,
in their despair they revile and betray our very souls
angels bleed out from their wounds, demons out from mine
remind me what’s at stake, drive me day and night
In this forsaken slaughterhouse, God forgot but I have not:
I still know exactly what I want.
time is running out for you, all the things you desire
are hostile to you
your submission and complacency
I’ll never stoop to understand
you’ve sacrificed yourselves: you raised your temples to the skies,
plucked your tongues, sewed shut your eyes,
deified your fears, set them upon a throne
sacrificed your flesh, now nothing is left for you but the bones
(meanwhile:)
on the edge of humanity, health and sickness casting lots for me,
for the first time I could see I meant nothing to either one
desperate, starved in every way,
bloodstained bread she brought for me
I had fucking nothing, and God help me,
I took it while I could.

Nailed to my sacraments, to the marrow of my bones
Making my way alone down this road paved with thorns
Striving to carve a path through the pestilence that surrounds
Unburied, death defying. . .


UNBOWED. (Among the Dead)
(a celebration of life in the face of the alienation and desperation of modern day Existench)


Alive in the land of the dead. They eat dead food with false teeth. Their buildings have false fronts, their radio and television stations broadcast dead air. They kill time as spectators of false images. Their corporations are guilty of false advertising, and their employment ‘opportunities’ offer only murderous mistreatment, lethal boredom, and fatal submission; they demand that you meet deadlines, that you pitch tent in the death camps. Does the dead end justify the means? They inhabit dead cities and make false moves, really going nowhere at all, treading day after day the same path of despair. Even their air is conditioned. They ask you to give your lives for their countries, for their religions, for their economies, leaving you with only. . . . Their system is organized by artificial intelligence and provides only virtual reality. Their culture will pin you down and bore you to death, their lifestyle is lifeless, their existench is a permanent deadlock. Everything about them is dead and false. The only thing that is unbearable is that nothing is unbearable. When will we demand more?

The struggle is for life, for real life. Fight foul, life is real!

Bandcamp Daily  your guide to the world of Bandcamp